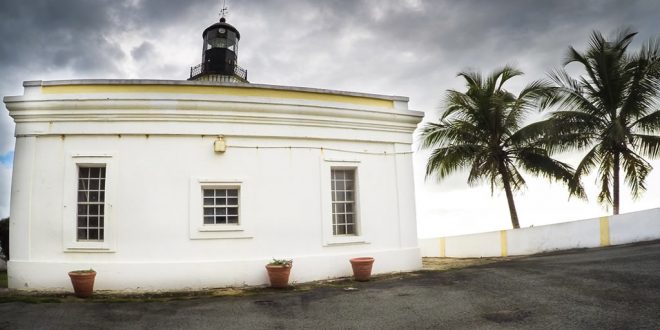 Punta Tuna, a narrow rock formation projecting into the Caribbean Sea on the southeast shore of Puerto Rico, seems the ideal spot for a lighthouse. Its elevation naturally increases the visibility of a light, and its dimensions are just enough to comfortably hold a lighthouse. Built by the Spanish, Punta Tuna Lighthouse helps mariner round the southeastern corner of Puerto Rico by serving as the easternmost light on the island’s southern shore, and the southernmost light on the island’s eastern shore. 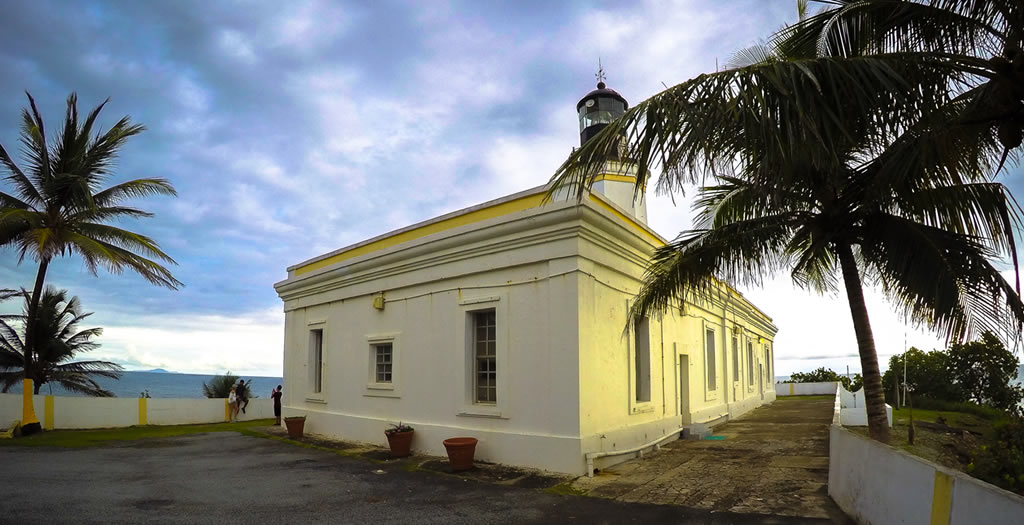 The light consists of two flashes in group, every 2 minutes; each flash is 7½ seconds long. One eclipse is of 15 seconds and the other 90 seconds. The light is of the third order, is shown 110 feet above high water, and is visible for 18 nautical miles. It is shown from an octagonal white tower on a square, dark gray, one-story flat-roof dwelling with white trimmings. The tower is 43 feet high from its base. The light was begun in 1891 and was finished in 1893 by the Spanish, at a cost of 26,500 pesos. It is used to guide along the easterly and southerly coast of Porto Rico…In March, 1901, the rain-water cistern was repaired, as it leaked so badly that the keepers were without water except such as was brought from a distance. Strainers were fitted to the water leaders; the road to the landing was graded and repaired; the road and sewers, the interior walls and the coping of the tower, the floors, and exterior walks were repaired. The lens machinery was also overhauled; the plaster in the dwelling was patched and repaired; the oil-room floor was re-cemented; leaks were stopped in the roof, and the door of the dwelling was repaired. 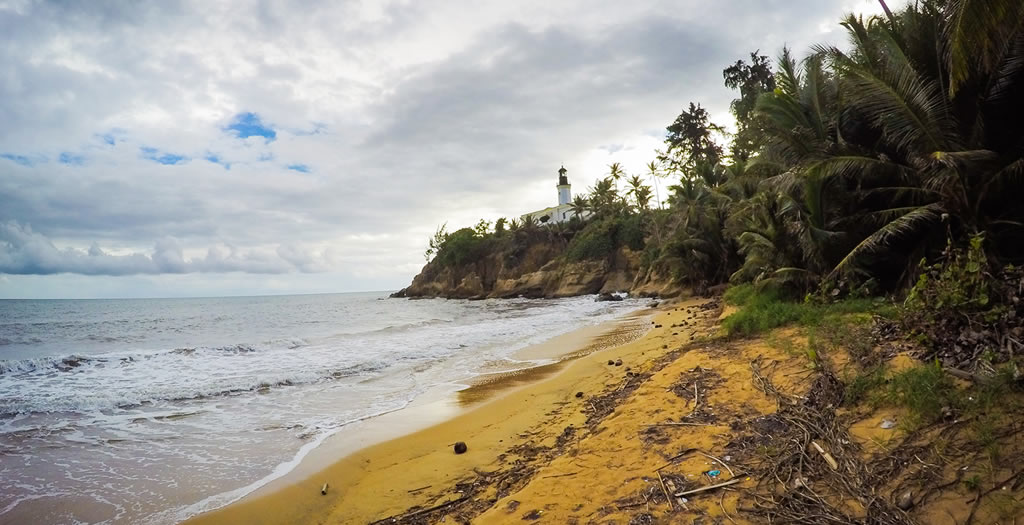 Though the exterior of the tower is octagonal above the dwelling, inside the dwelling it has the form of a square with two clipped corners. A cast-iron circular stairway winds 14.5 meters up the tower and provides access to the lantern room, which is surrounded by a cement gallery and cast-iron balustrade. A third-order Fresnel lens, manufactured in France by Barbier, Benard & Cie. And equipped with two sets of double-flash panels, was mounted in the lantern room. A 200-lb weight, suspended in the central column of the stairway and attached to a clockwork mechanism, provided the force to revolve the lens and produce the light’s unique double-flash characteristic.

We are an experience and adventure community blog. Let's go out and explore Puerto Rico together.
@adventuresinpur
Previous Sailing Catamaran & Snorkeling Tour
Next Surfing Puerto Rico