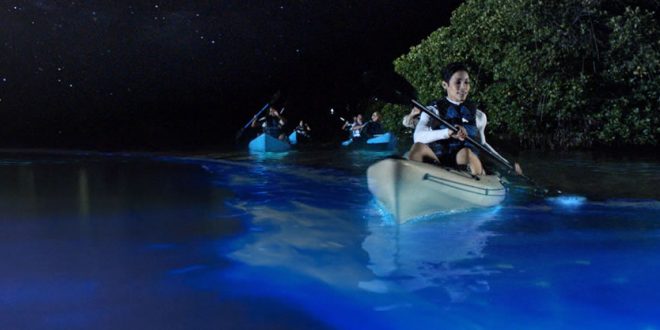 Many think of Puerto Rico, about the size of Connecticut, as a small, exotic addendum to America. However, to only think of this beautiful island—1,000 miles from Miami—as a random extra would be a mistake. This U.S. territory is a swirl of unexpected landscape, mountains, rainforests, and a culture that’s a world away from the mainland.

Case in point: eight miles off Puerto Rico’s eastern tip you’ll find a much smaller island named Vieques, which has a completely separate and unique culture. For starters, part of the three-mile-wide, 21 mile-long island was used by the Navy as a testing site for bombs and landfill for over 60 years. After decades of civil disobedience from locals and publicized protests from celebrities like Robert F. Kennedy, Jr. and Ricky Martin, the military finally left in 2003. About half of the island is now a protected Wildlife Refuge, making the isle much less industrialized and much more private than Puerto Rico.

You’ll find 27 restaurants on the island—only one of those being fast food—three gas stations, two supermarkets, and not a single traffic light. Semi-domesticated horses roam the streets as well as the beaches, which adds to the blissful feeling of freedom and overall natural beauty that the enchanting island possesses. Even though it isn’t large, Vieques has a lot to offer visitors. If you want to truly discover the island, make sure to do these five things.

We are an experience and adventure community blog. Let's go out and explore Puerto Rico together.
@adventuresinpur
Next IRONMAN 70.3 Puerto Rico 2017