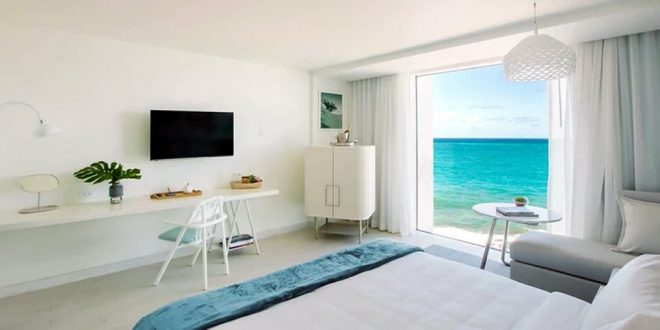 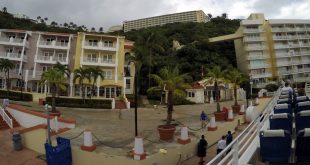 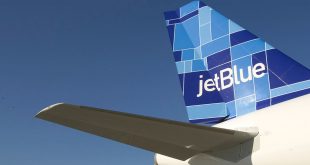 Yes, we are open for business

It’s been five months since the Puerto Rico Tourism Company declared the island open for business after last summer’s storms. Now, more than 100 flights land daily at Luis Muñoz Marín International Airport; Uber vehicles zip across the capital; and major cruise lines, including Royal Caribbean International and Silversea, have returned to the port of San Juan. More than 140 hotels have reopened, as well as 4,000 restaurants – including San Juan favorite José Enriqué, where a two-hour wait for a table isn’t uncommon. But perhaps the biggest sign of the capital’s bounce-back is the debut of Serafina Beach Hotel, the first new resort to open here since Hurricane Maria.

On Ashford Avenue, in San Juan’s Condado neighborhood, the 96-room boutique is the first hospitality project from Vittorio Assaf and Fabio Granato’s Serafina Restaurant Group, which operates restaurants all over the world, but is probably best-known stateside for their string of New York City restaurants. Three years ago, the partners opened Serafina restaurant’s first Caribbean outpost at La Concha Renaissance Resort, also in Condado. And when they were presented with the opportunity to set up shop inside the former San Juan Beach Hotel – one of the first beachfront hotels on the strip – they jumped at the chance.

The welcoming energy can be felt the minute you arrive at the hotel, which is one of few on the Avenida that offers a tantalizing view of the sea. Referencing the resort’s position between the crashing Atlantic and tranquil Condado Lagoon, the lobby is washed in soothing tones of blue and green, crowned with a cluster of pendant lamps suspended from the vaulted ceiling like a smack of multicolored jellyfish.

The aquatic theme continues in the rooms, where “surf lodge sleek” décor features soothing sandy tones punctuated with pops of seafoam and witty touches such as wall-mounted towel rail that mimics a pool ladder. The best rooms are the Ocean Terrace suites, each with a broad balcony overlooking the surf and the 50-foot oceanfront infinity pool.

On weekends, the pool deck is a hot spot for stylish Sanjuañeros, who lounge in $1,000 a day cabanas and dance to tunes spun by a DJ flown in from St. Barths. It’s the Caribbean with a Calvin Harris soundtrack—a bikinis-and-bottle service scene that is strictly for adults.

Fans of the restaurant chain might be disappointed to learn that the eatery here isn’t a Serafina (for that you’ll need to walk a few block up Ashford to La Concha). But the hotel’s seafood-centere concept, aMare—which serves breakfast and lunch and is swiftly becoming one of the city’s hottest tables for dinner— is sure to satisfy. Your order: tuna sashimi tart and a so-fresh-it-almost-quivers octopus salad.

The lobby PiñaCo Bar and aMare shake up some of the finest cocktails we’ve ever enjoyed in the Caribbean. The signature Caribeño is a deconstructed piña colada (Puerto Rico’s national cocktail, invented here in the 1950s) made with local rum, washed with hand-pressed coconut oil, miso syrup and dehydrated pineapple, and garnished with a pair of pineapple stalks. It’s a thoroughly modern reinterpretation of a classic – and in that respect, an emblem of the hotel itself.

We are an experience and adventure community blog. Let's go out and explore Puerto Rico together.
@adventuresinpur
Previous Why Puerto Rico should be the #1 destination for Spring Break
Next Airbnb is encouraging tourists to visit Puerto Rico