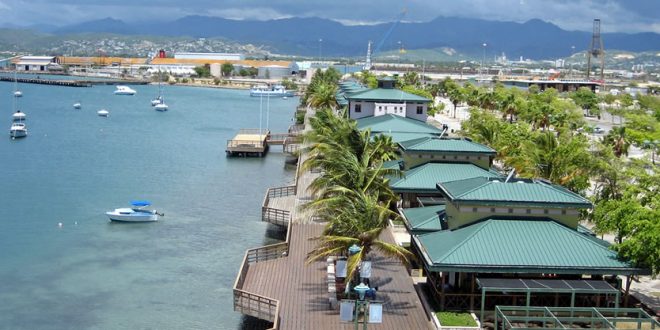 Going to the beach in Ponce, Puerto Rico

Ponce beaches are located on the outskirts of Puerto Rico’s second largest city, one which also has major historic (colonial) significance. Ponce is located on the south coast at the mid-point between the west and east coasts, and Mayaguez and Fajardo respectively. Following after preeminent San Juan, the largest city and also the capital, Ponce offers a genuine cultural feel underlined by some of the most important colonial architecture in Puerto Rico. The narrow streets and bustling squares pair with wide beaches and calm waters to offer the best of both worlds. A short jaunt from the city offers the rewards of seaside fun and on the flip side, plenty of attractions are easily reached from the coast.

Ponce enjoys a reputation for having one of the best swimming beaches in Puerto Rico even with the obvious urban environment. Surprised? It might not be the most scenic, but Playa de Ponce, also called Balneario El Tuque, flanks waters that are ultra-calm year-round, making it an ideal spot for both locals and visitors wishing to swim, especially families. There are many things to do in and around Ponce beaches, which are situated about ten minutes to the west of the city center.

Swimming is but one of the top seaside activities to enjoy while visiting Ponce Puerto Rico. White water paddling nearby at Areciebo River is a favorite pastime for the intrepid. Hiking around the beach is also a top-rated sport with several trails to choose between; Meseta Trail, Lluberas Trail, and Vereda Alcantarilla. Some of these verdant trails offer magnificent views of the Caribbean Sea and surrounding area. Fishing and boating finalize the list of fun possibilities on and near Ponce beaches.

The boardwalk, La Guancha Paseo Tablado, is directly tied to the beaches of Ponce Puerto Rico. Shop, dine or simply explore this culturally significant meeting place where parents, young teens, and the city’s oldest crowds all converge to socialize. The boardwalk is also where ferries depart for Isla Caja Muertos, easily the single most important location for snorkeling and diving in Ponce Puerto Rico. Though the small island is tucked offshore about 5 miles away from the coast, it is officially a part of the county.

Caja Muertos can be reached via ferry operating on weekends and holidays only. There is a fee for each passenger for the round-trip journey. The island, also famously known as Coffin Island, is steeped in legend and lore. It is uninhabited by people yet home to a thriving population of sea birds, reptiles, and verdant flora. Caja Muertos is encircled by a large coral reef, which is the major appeal for visitors. Last known there was a marked dive and snorkel trail under construction around the reef. The abandoned lighthouse paired with a history museum are two good reasons to get out of the sun for a little while.

There aren’t really any accommodation options lying directly on the beach but the trek to the water’s edge isn’t far to go. There are, however, plenty of noteworthy attractions to visit within the city. Most notable are historic Hacienda Buena Vista, the Ponce Museum of Art, and the Museum of Puerto Rican Music. The most visually interesting of them all is the old fire station, Parque de Bombas, noted on the National Register of Historic Places. It is designed in Moorish Revival, Victorian, and Gothic Revival architecture.

We are an experience and adventure community blog. Let's go out and explore Puerto Rico together.
@adventuresinpur
Previous Crashboat Beach in Aguadilla, Puerto Rico
Next Aguirre State Forest in Guayama, Puerto Rico