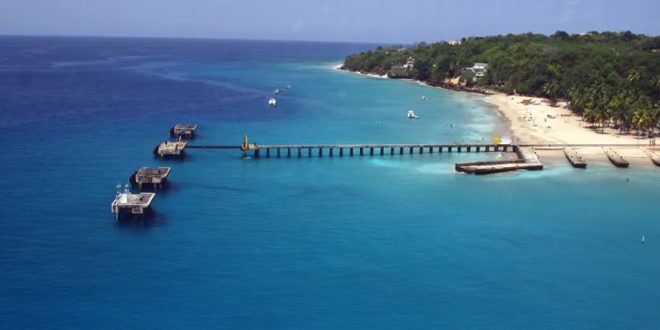 Crashboat Beach in Aguadilla certainly has a memorable name and definitely unforgettable surf. Crashboat Beach is one of the most popular for surfing. During the winter months, between December and April, the largest waves crash into shore after monstrous tubes roll into the coast. Professionals and novices alike assemble at Crashboat Beach, but beware, because when the waves are high, this surf is for pros only. Crashboat Beach pairs with other regional Puerto Rico beaches with equally memorable names like Gas Chambers and Wilderness, creating a hub of surfing activity second to none on the island. It is best-known as a local haunt welcoming to visitors.

The name Crashboat originated from a time when the United States Air Force used the area as a rescue center for airplanes that crashed into the sea during WWII. They were called the Crash Rescue Boats Squadron and referred to simply as crashboats. Docked boats would then hit the water to rescue survivors. There is a landmark pier stretching far out into the sea, which can also be a good spot to watch surfers. The sand is grainy and almost white in color. Vibrantly painted fishing boats are another common sight along this lively beach, which can be peaceful yet the possibility of a raucous backdrop filled with boisterous surfers is always there. Fishing is still a thriving industry around Aguadilla and it is common to see locals out for the catch of the day.

Crashboat Beach Puerto Rico isn’t exactly renowned for swimming, but it is a hotspot for relaxing under a shady palm with a good book. Surrounding the beach are lush, tropical mountains providing a great view of the coast and colorful sunsets when the days are clear. The water flanking Crashboat Beach is usually either a little choppy or completely flat, creating a fantastic setting for many watersports, including kayaking, jet skiing, and parasailing. When the conditions are right, swimming is pretty good, too. The huge waves that barrel into Crashboat are long-anticipated by surfers and happen only a handful of times every year. Gas Chambers is one of the surf spots located at Crashboat and receives massive swells coming in from the northwest creating some of the best tubes in Puerto Rico. Beware of the shallow, extended reef and jutting cliff near the immediate take-off area.

For those lazy days, beach combing procures some interesting shells while the walk down the beach means great people watching as the surfers show off their talent. Snorkeling and shore diving are also a popular endeavor at Crashboat Beach Aguadilla. The area is a popular training area with dive operators and is popularly used by those getting their open-water certification. Most diving and snorkeling happens near the abandoned US Navy pier, which is partially collapsed and features depths up to 45 feet. Jellies, sponges, fish, and eels are commonly seen. There are several dive shops renting out gear along Crashboat Beach as well as other gear available for water sports.

During weekends and holidays, Crashboat Beach spills over with locals, mainly younger crowds, but during the week, it is all but empty, offering seclusion and quiet. During the evening, it’s a great spot for a sunset stroll. There are many vendors offer all kinds of tasty local cuisine for low prices. Visitors often describe their entire experience as being very full of character and the visit offering a feel unlike other, more touristy areas.

We are an experience and adventure community blog. Let's go out and explore Puerto Rico together.
@adventuresinpur
Previous Shacks Beach in Isabela, Puerto Rico
Next Going to the beach in Ponce, Puerto Rico