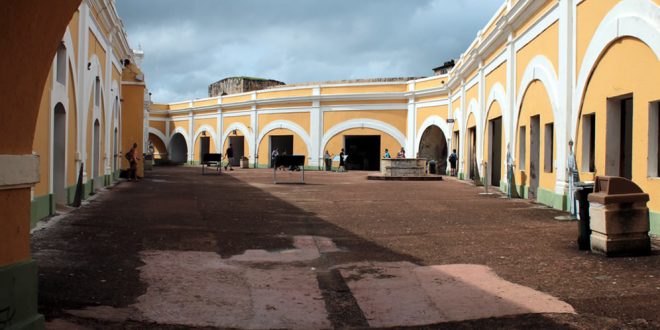 Experience Puerto Rico in one day

You’ll need a car to see all that Puerto Rico has to offer in one day. While you won’t be able to see the entire island — it’s 3,515 square miles — you will be able to get a good sense of the various areas. Begin your day in San Juan, where you can wander over to Old San Juan and get a dose of history. San Juan is the oldest city in America and one of the oldest European colonies. Make sure to explore El Morro, San Juan’s fort from the 16th century.

Once you’ve taken your history lesson, hop in the car and drive along the coast to Mayagüez, which is on the western side of Puerto Rico. Plaza Colón pays tribute to Christopher Columbus with a statue of the explorer that’s surrounded by 16 bronze statues in the middle of the square. The city is known for its sweet mangos, so be sure to grab a few for the drive around the island.

Now it’s time to head to Ponce, an hour’s drive from Mayagüez. Located on the southern coast of Puerto Rico, Ponce’s easy going spirit will give you the gist of what island living is all about. Be sure to visit the historic district to get a taste of Puerto Rico’s past.

From Ponce, you’ll head to Fajardo, which is where ferries shuttle people to and from the small islands of Culebra and Vieques. It’s also where you’ll find El Yunque, Puerto Rico’s rain forest. Fajardo is the place to go for trying the island’s water sports. We suggest hopping on a boat tour and exploring the bio-luminescent Mosquito Bay come nightfall.

We are an experience and adventure community blog. Let's go out and explore Puerto Rico together.
@adventuresinpur
Previous JetBlue will take you to Puerto Rico for as low as $53 a flight
Next Best places to stay in Puerto Rico